Warning: Parameter 2 to qtranxf_postsFilter() expected to be a reference, value given in /home/customer/www/slowmed.eu/public_html/wp-includes/class-wp-hook.php on line 308
 Interview: Queiroz Jorge - SlowMed 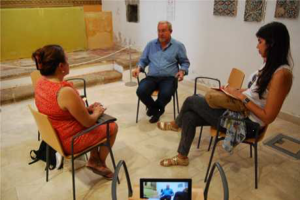 PERSONAL BACKGROUND
He is the coordinator of the international team responsible for the inscription in 2013 of Med Diet on the representative list of the intangible cultural heritage of humanity in
Cyprus, Croatia, Spain, Greece, Italy, Morocco and Portugal
More info: http://www.unesco.org/culture/ich/index.php?lg=fr&pg=00011&RL=00884 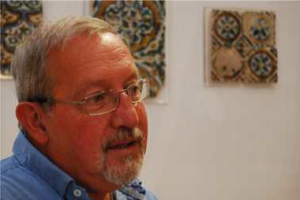 Description of the environment where one of the activities listed above takes place:
(Please, specify: 1 – name of the local area, 2 – if it’s a place well-known for a specific activity and – if so – which one; 4 – information about plants and landscape related to Mediterranean environment linked to the activity; 5 – any relevant information linked to the research). If it’s possible, take pictures/shoot video of this place.
Tavira and Portugal are in the representative list of Intangible Heritage of Humanity with the nomination of the Mediterranean Diet.
The approval took place on December 4, 2013, in Azerbaijan, in the 8th session of the Intergovernmental Committee for the Safeguarding of the Intangible Cultural Heritage of UNESCO, which depicts the Municipal Council of Tavira. Portugal had Tavira as its representative community in this regard, assured the technical process, which had prior assent to the application by the Subsidiary Body for UNESCO cultural and intangible heritage. This transnational candidacy was signed by seven states with ancient Mediterranean cultures: Portugal (Tavira), Cyprus (Agros), Croatia (Hvar and Brac), Greece (Koroni),
Spain (Soria), Italy (Cilento) and Morocco (Chefchaouen).
The “Mediterranean Diet”, originating from the Greek term “daiata”, is an ancient lifestyle, one resulting cultural model of the ancient wisdom handed down from generation to generation, which covers technical, productive and extractive practices, in particular in agriculture and fisheries, ways of preparation, confection and consumption of food, festivities and convivialidades, oral traditions and artistic expressions.
The Mediterranean cultures are cultures of sharing and community mutual aid, where the sociability play an important role.With the realization of this classification, Portugal account after the fado, with its second entry in the list of Intangible Cultural Heritage of Humanity, the first time the Algarve saw its culture being recognized by UNESCO.
TECHNIQUE/METHOD
Description of the technique/method/practice implemented. Please, specify – if it’s the case – the timing, the steps and the aim of the activity (to have more material: pictures + video shooting of the usage if it’s possible).
The Mediterranean diet is a set of skills, knowledge, practices and
traditions related to food, ranging from earth to table, covering
crops and fishing as well as the preservation, processing and preparation of food and, in particular, their consumption.
The nutritional model of this diet, remained constant through time
and space and its main ingredients are olive oil, cereals, fruits and fresh or dried vegetables, a moderate proportion of meat, fish and dairy products, abundant condiments and whose consumption at the table is accompanied by wine or infusions, always respecting beliefs of each community.
LOCAL/TRADITIONAL ORGANISATION OF LOCAL ACTIVITY
Mediterranean Society and Environment

Any local tradition this method is connected to? If yes, which one? Can you describe it?
The Mediterranean Diet – whose name derives from “diaita” in Greek, meaning way of life – excluding only food, it is a cultural element that provides social interaction, verifying that the common meals are a cornerstone of morals social and celebration of festive events. The Mediterranean diet also produced a considerable body of knowledge, songs, choruses, tales and legends. Thus, there remains an attitude of respect for the land and biodiversity and ensures the conservation and development of traditional and craft activities related to agriculture and fisheries in many communities of the Mediterranean countries. Women play
a key role both in the transmission of practices and specific knowledge of rituals, traditional gestures and celebrations, and the safeguarding of techniques. 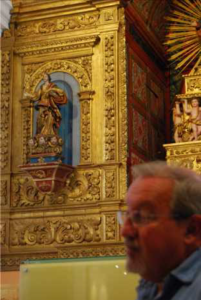