Warning: Parameter 2 to qtranxf_postsFilter() expected to be a reference, value given in /home/customer/www/slowmed.eu/public_html/wp-includes/class-wp-hook.php on line 308
 SlowMed, mid-term overview in Beirut - SlowMed 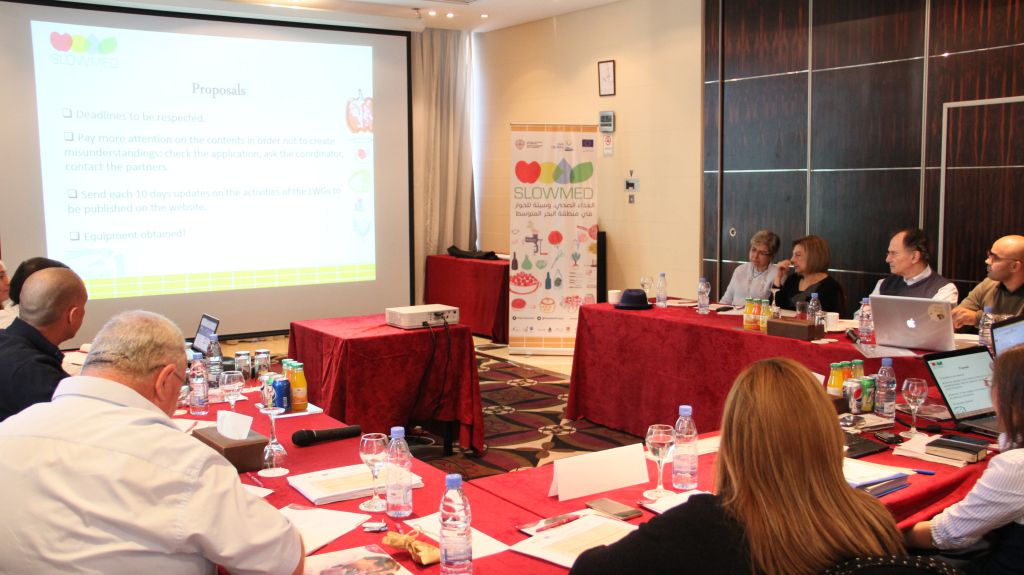 A “SlowYear” has just come to an end, but a new “SlowYear” is just about to begin. Not in terms of activities or results, but in terms of attitude. The mid-term overview of SlowMed brings a cohesive partnership and a project deeply rooted in all the countries involved. The meeting in Beirut also sealed this convergence of intents, while tracing a shared path beyond the specific features of each of the 6 countries involved.

From December 15th to 17th , round tables and planning meetings were hosted by the local partner Arab Resource Center for Popular Arts/AL-JANA in the Lebanese capital.

The starting point of this meeting was the experience in Alexandria , where at the end of October the members of the local working groups of the project gathered in order to discuss the research and future steps. Building on the reflections drawn in that context, the SlowMed partners discussed and fixed the next moves to make together. Starting from the regional events, that will be held in different moments from February to June in Egypt, Italy, Lebanon, Palestine and Spain, which will ensure continuity and the highest level of visibility, up to the International festival that will gather all project participants again in Portugal in the beginning of September. The discussion will deal with the progress of the research on Mediterranean Diet in the different regions, as well as on the approach to be adopted to arrange the workshops of food education to be held in schools. A busy schedule for another “SlowYear”.